Stamford Auction Rooms specialise in single owner and Estate collections. Often, a collection is the result of a lifetimes passion, and we aim to bring this passion to life by working with collectors and executors, to ensure that each collection or Estate is professionally and accurately catalogued, photographed and marketed to the highest standards. We provide a unique service, that is tailored to each individual collection and whether it be paintings, pens, medals, coins, jewellery or entire house contents, these specialist auctions never fail to create huge amounts of interest from buyers and enthusiasts alike.

Listed below are just a handful of the many collections we have handled in recent years.

Our latest private collection came to us from Kings Lynn, and was dominated by rare and stunning Art Deco bronzes, glassware, and modern art, with big names such as Banksy, Peter Blake, Duncan Grant and Damien Hirst to name a few.

The Estate of the Late Kenneth Mayer was sold on the 27th March 2021, which included the working documents produced by Buckingham Palace and used by Kenneth Mayer QPM, who as a Metropolitan police officer was seconded to serve as the (armed) personal protection officer for HRH The Duke of Edinburgh between 1963 -1965, together with medals, presentation gifts and other memorabilia.

Many of the documents were produced ‘in house’ by Buckingham Palace and were only for nominated members of staff who were to undertake each Royal Tour, and are therefore very rare..

These documents give a fascinating insight into the regimental clockwork timings used on a Royal tour for this time period, and to accompany this, we have the extraordinary and delightful writings by Kenneth Mayer himself, which describe some of the more memorable moments he had during his service, including an incident when Princess Anne trapped her finger in the car door.

Understandably, the press were extremely interested, and our social media outlets were pivotal in reaching the American collectors of the rare documents included in the auction for the funeral of President JF Kennedy. 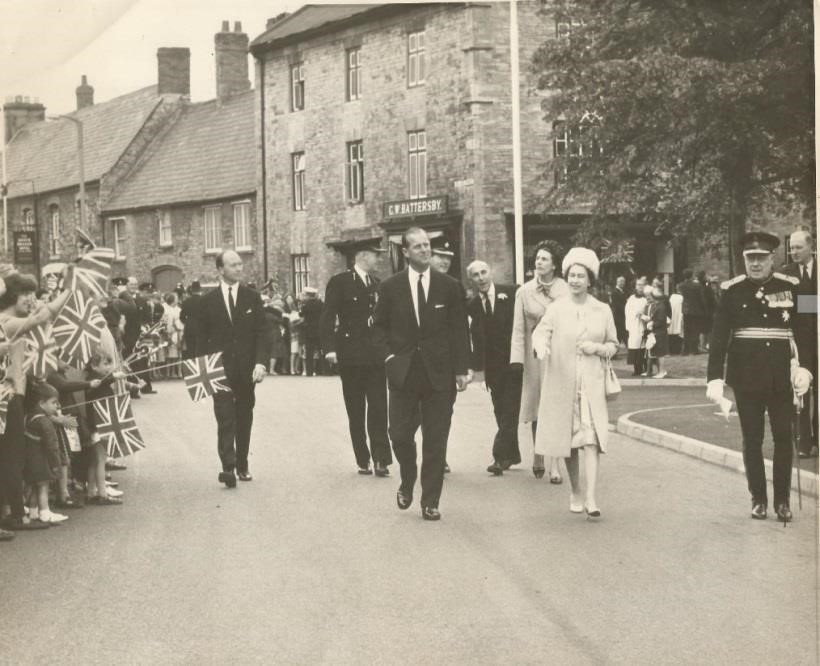 The incredible contents of a three storey town house in Wisbech was sold in 2019 at our new premises. It attracted bidders from across the globe, and included examples of the finest bronzes, artwork, furniture, books and ceramics. So much was the interest, we held open evenings for our clients to have a good look at the items, discuss pieces with the auctioneer, and enjoy the canapes and prosecco on offer.

Dr Jocelyn Chatterton had spent a lifetime lovingly collating Asian art, textiles and artefacts, which brought to us some very rare items that attracted huge interest from bidders and collectors from all over the world including China and Japan, meaning that many of the items returned to their place of origin.

A special evening was hosted for Dr Jocelyn Chatterton, beginning with a hugely successful private evening viewing of the collection, followed by a talk by Dr Chatterton on the subject of Chinese and Japanese textiles and her life collecting the amazing pieces that were sold in the auction.

This single owner estate was a rare collection of early English oak and walnut furniture, together with early collectables and paintings that complemented the incredible 16th century interior. We were able to photograph the items in situ, which really brought them to life, and also showed how very early period pieces can also work alongside contemporary. Viewing was held on site, which attracted collectors and buyers alike, and it was wonderful to have such a great response in terms of footfall and bidding! 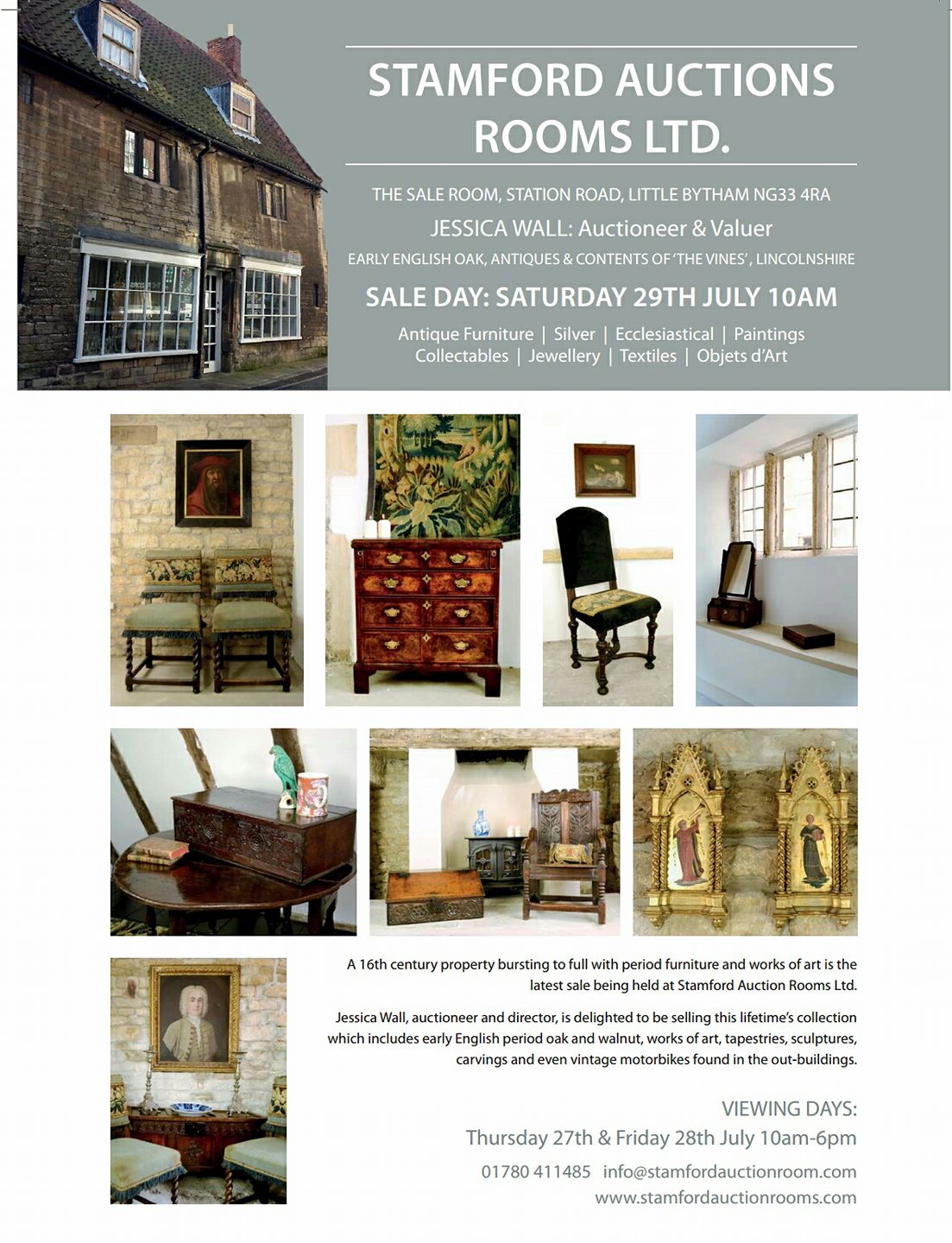 The stables and workshops were a treasure trove of items of varying condition – some for budding restorers, and some ready to be taken straight home! A classic house clearance that did not fail to delight, but left the team all covered in dust and cobwebs – which is just the way we like it!

After much sorting, and searching, we unearthed some wonderful finds, including some rare lathes, and an unusual oak primitive stool which had multiple phone lines booked on it, and eventually sold to an American online bidder. 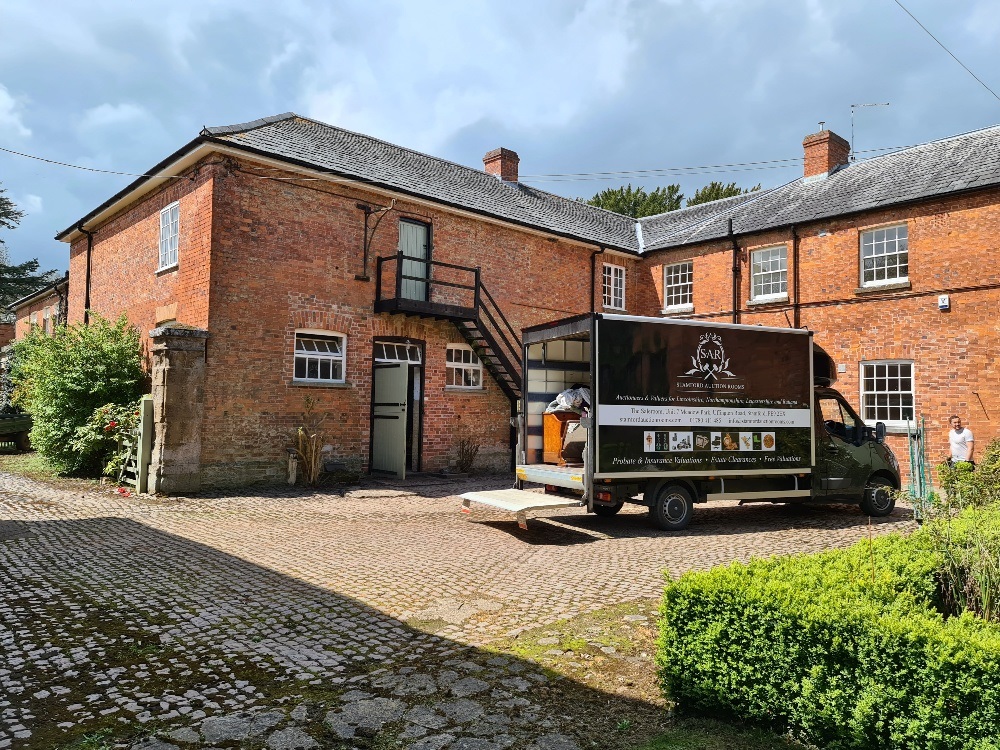 This was an estate which had been untouched for many years, and is the furthest property we have sold the contents for. Our large team and fleet of vans set off for a full weekend near the beautiful town of Ambleside, and brought the items to our saleroom to be carefully researched and catalogued. This property was particularly exciting because the cupboards and drawers were full, and we painstakingly sifted through everything with a fine tooth comb to make sure we found everything there was to sell for the Estate. Jessica remembers finding three gold sovereigns in a rolled up sock in one drawer and said ‘other people may not think to check in strange places, but I do! My auctioneers ‘spidey’ sense never lets me down!’.

This beautiful property had a combination of antique and modern items, as well as a library of books, and cupboards full of silver which all went up for auction in 2018. Jessica, our auctioneer remembers the Victorian coffin carrier which she found in one of the barns which created quite a stir on the sale day; ‘it was poking out from underneath some tarpaulin, and revealing it was like finding buried treasure! I then had to work out how we were going to extract it from the barn which is another story…..!’

This Northamptonshire based collection was one of our first major events. Ken Kirkwood was a famous illustrator, photographer and collector of mid-century modern art, design and architecture and we were delighted to be asked to sell Ken’s wonderful collection in our sale room in May 2017. 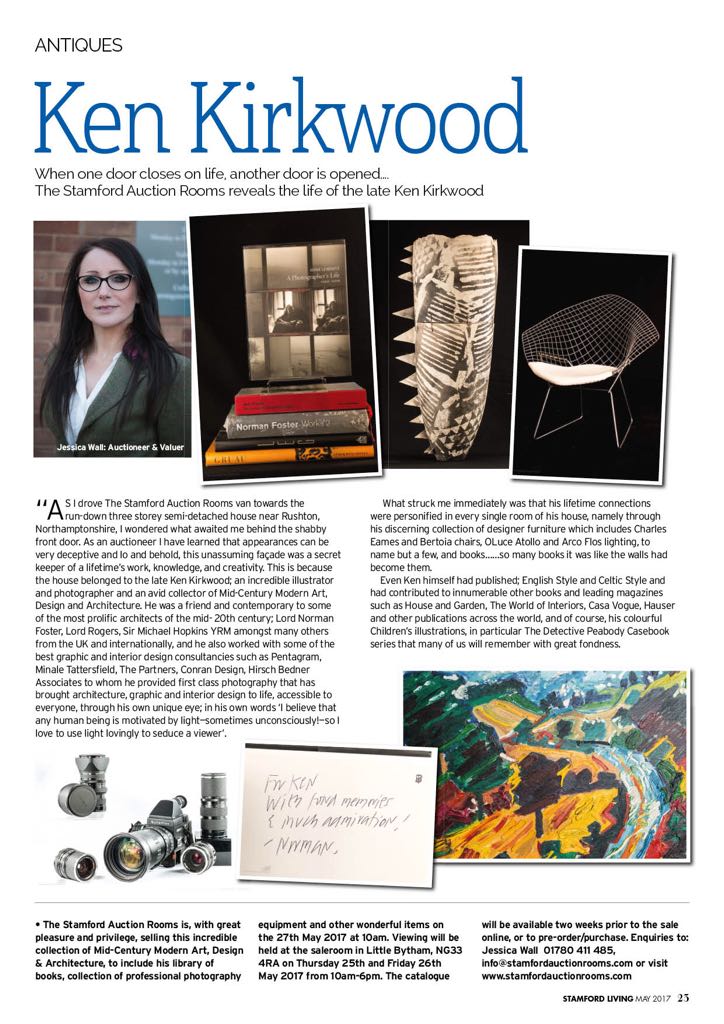 This estate auction was our first ‘country house estate’ held back in 2015. It is a wonderful Lincolnshire property that was full to bursting with antiques, collectables and hidden treasure in the out buildings! We sold part of the contents of this property in what was a fantastic sale, and built the foundations for many more estate sales to follow. 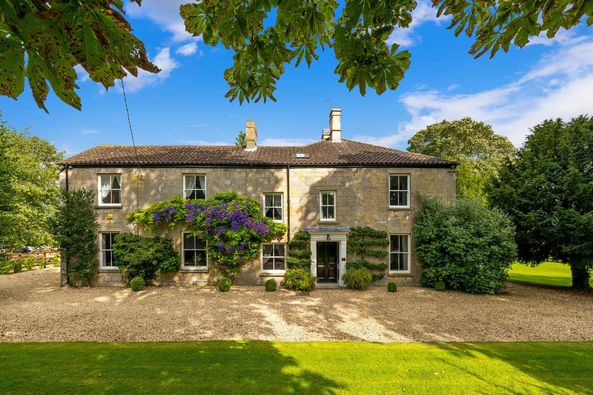 The source of this unusual collection was a former Optician, who had spent a lifetime in the profession that they loved so much, and along the way had accumulated the rarest assortment of ophthalmic antiques SAR has ever come across. It brought bidders to the saleroom from across the UK, including a specialist in the field who was looking to expand on their own range of ophthalmic antiques, bringing with them huge excitement!