'There is something compelling about the making of pots, regardless of function, which keeps me within the particular sphere; they are the focus of many interests and associations.' - John Ward 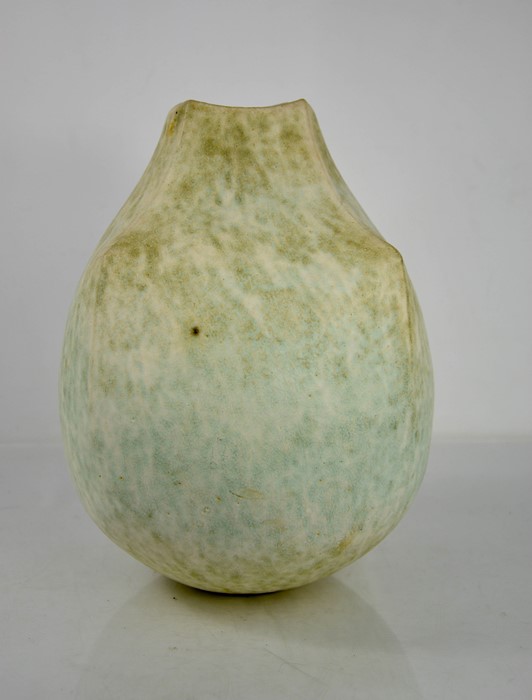 Stamford Auction Rooms has achieved some impressive hammer prices for

some very notable Studio Pottery pieces, including two by John Ward who is widely regarded as one of Britain’s greatest potters. Examples of his work are on display at the V&A, and so SAR’s auctioneer Jessica Wall is delighted to be selling his celebrated works. 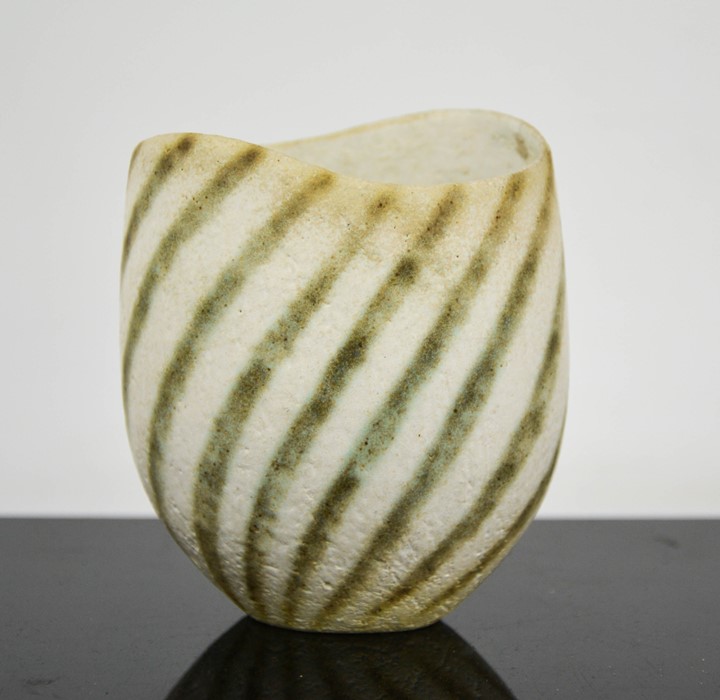 John Wards pieces are influenced by the clean and pure forms of ancient Chinese and Egyptian pre-glaze pottery, early Cypriot pottery and early Persian bowls. He uses flattened coils of clay and a pinched base to produce the hollow forms that characterise his sculptural vases.

'My aim is to make pots which have simple forms with integral decoration and aspects which can interact with the environment in interesting ways; to try and express a balance between these dynamic qualities and a sense of stillness or containment.' - John Ward

Ancient influences are accompanied by an interest in varying aspects seen in the work of Ward, and sometimes his forms are altered by cutting and rejoining to create ridges and grooves between curving surfaces, a pebble is then used to burnish the work. Ward's pots are twice-fired in a kiln and he uses only matt glazes.

Alan Wallwork was born in Watford, Hertfordshire in 1931. He studied pottery at Newlands Park Teachers’ Training College. After that he gained eligibility for a one-year course at Goldsmith’s College and studied pottery. Under Kenneth Clark and Gordon Baldwin where he gained superb technical & design knowledge. And whose attitudes influenced him heavily.

Upon leaving Goldsmith’s he spent some time teaching at local schools.
In 1958 he opened his first studio and gallery in Forest Hill, South London. The gallery, named The Alan Gallery, exhibiting works by Lucie Rie & Kenneth Clark amongst others. He continued to experiment with tin-glazing, brush and sgraffito decoration, rubbed-on oxides. Textures were created by incising, rouletting and stamping often inlaid with white slip.

It was soon clear that Alan had outgrown the Forest Hill premises. Which were designated as retail. Subsequently moving to much larger premises in Greenwich. Work produced here sold successfully and Alan’s designs were accepted by the Design Centre and his work found outlets through Heal’s department store and the Craft Potters Association, of which he was elected a council member. The association with Heal’s led to Alan’s work being exhibited in Copenhagen. 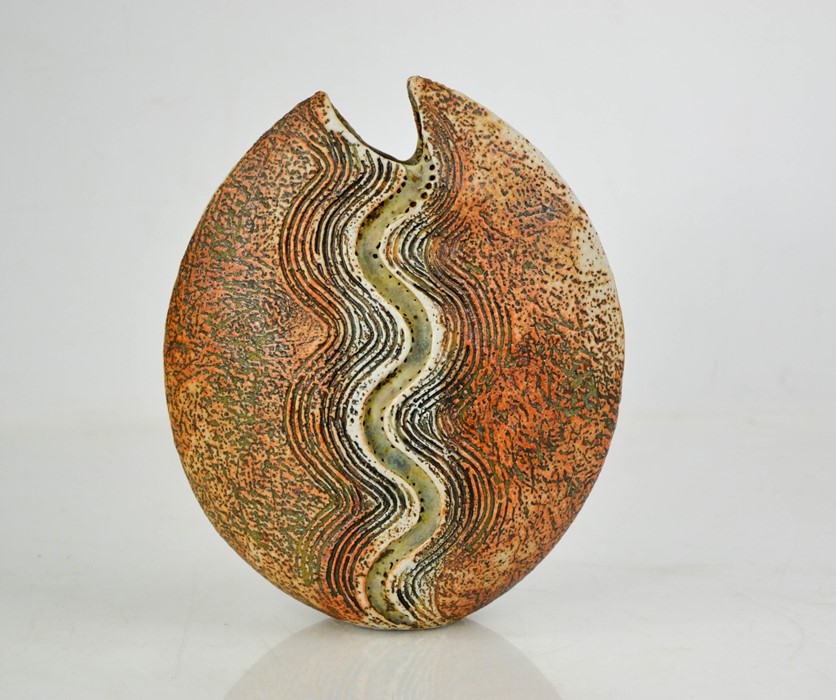 Following illness in the late 1990s Alan’s work rate decreased and in 2004 he opened a workshop in France where he continued to pot. Alan Wallwork sadly passed away in November 2019.
A vivid and highly engaging character, Alan epitomised the often quietly subversive spirit of British studio pottery. He was a prolific and hardworking artist, an enabler who contributed much to ceramics’ sense of community and professionalism, but he also lived life to his own rules, away from the mainstream. 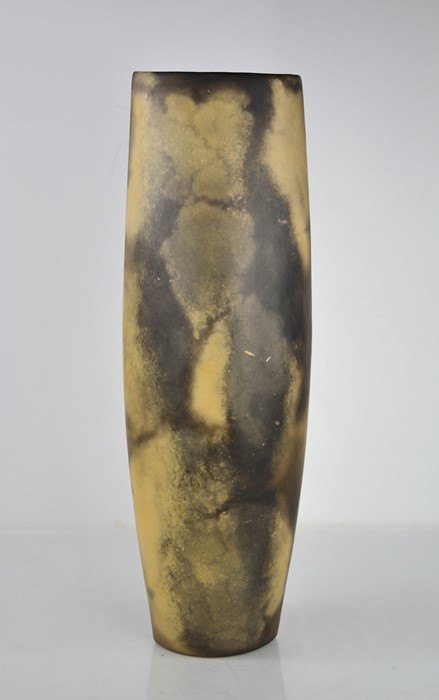 Gabriele Koch is an outstanding maker of burnished sawdust-fired coiled pots, in a style which is very modern yet tied to an ancient ethnic tradition. Reaching the peak of her career in the late 1980s, this ceramic artist now has a large worldwide following. Her work was the subject of a special Crafts Council exhibition in London and is on display in many public collections including The Victoria & Albert Museum and City Art Galleries in Leeds, Bradford, Stoke on Trent, Aberystwyth and Aberdeen. 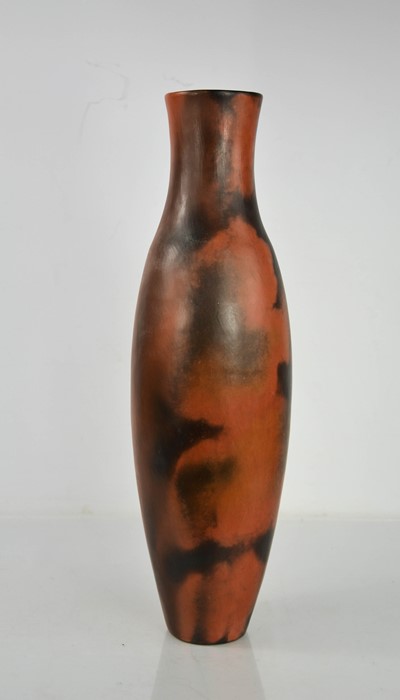 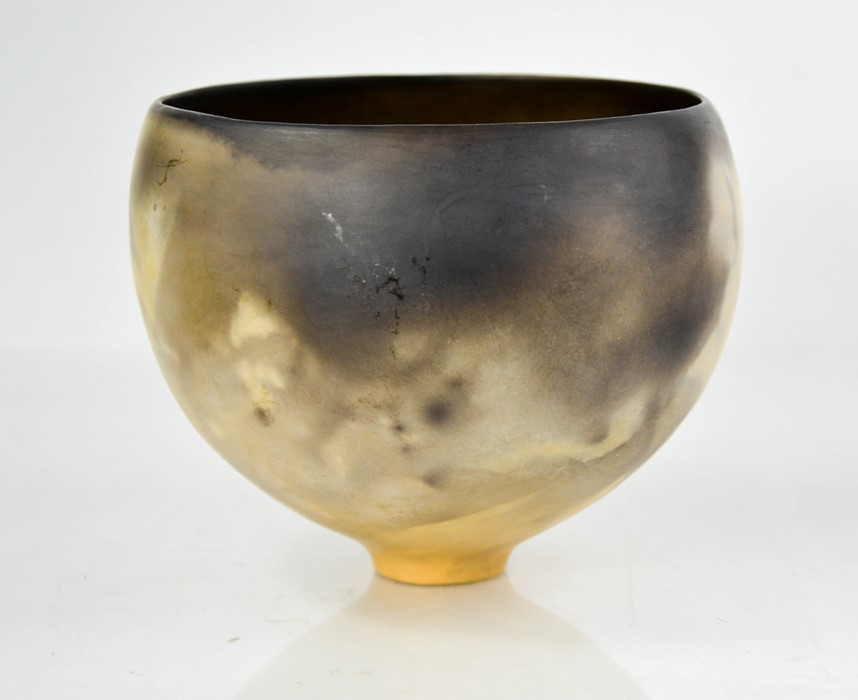