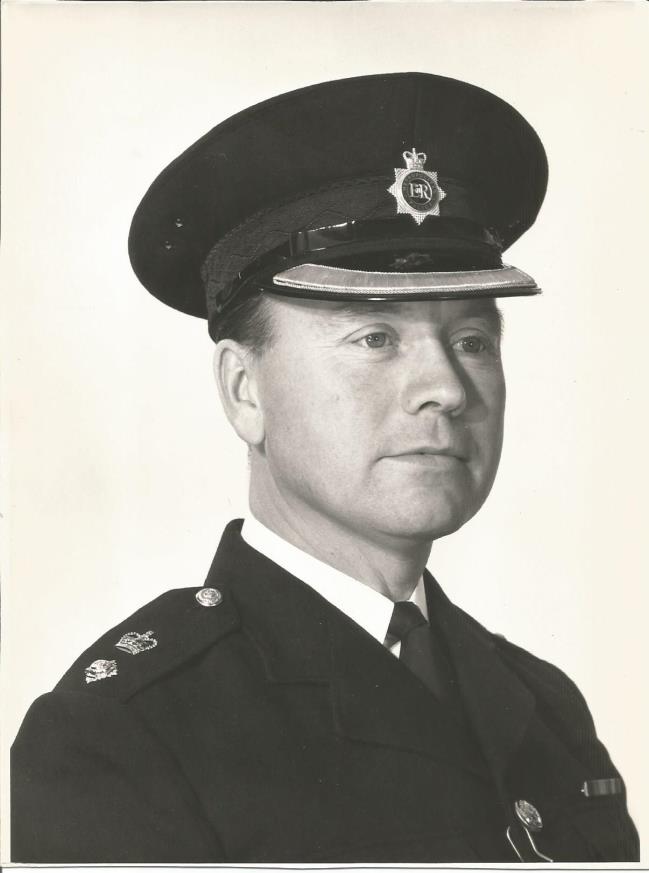 To be sold in the Kenneth Mayer collection on the 27th March this year, are the working documents produced by Buckingham Palace and used by Kenneth Mayer QPM, who as a Metropolitan police officer was seconded to serve as the (armed) personal protection officer for HRH The Duke of Edinburgh between 1963 -1965, together with medals, presentation gifts and other memorabilia. 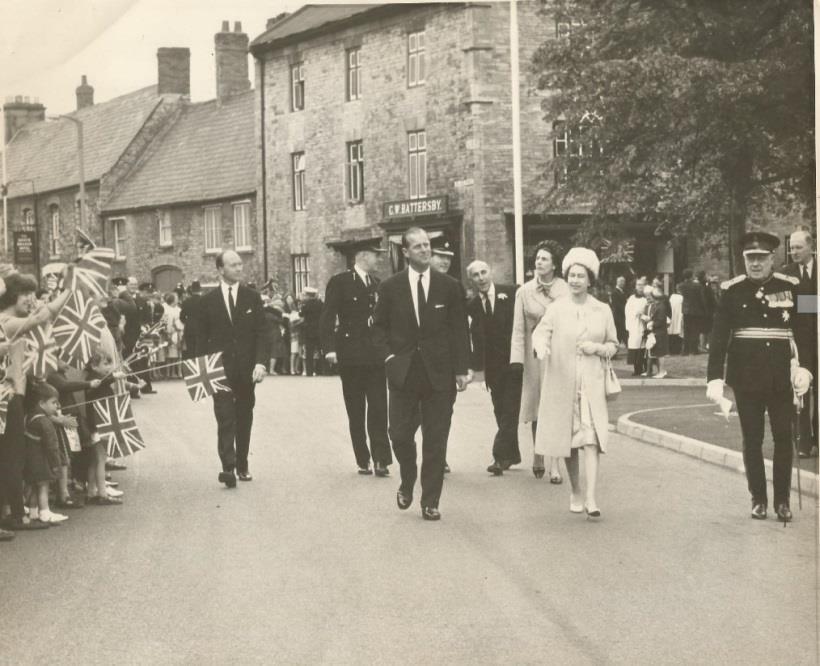 Many of the documents to be auctioned were produced ‘in house’ by Buckingham Palace and were only for nominated members of staff who were to undertake each Royal Tour, and are therefore very rare. They often have ‘first drafts’ before being finalised and are in a typed loose paper format, sometimes with Kenneth Mayer’s scribed notes. Nearer to the date of departure small formal booklets were also produced, which will also be sold.

These documents give a fascinating insight into the regimental clockwork timings used on a Royal tour for this time period, and to accompany this, we have the extraordinary and delightful writings by Kenneth Mayer himself, which describe some of the more memorable moments he had during his service, including an incident when Princess Anne trapped her finger in the car door:

‘What was also evident in the make up of Princess Anne in those early days was her strength of character, which was sorely tested at a later date when I accompanied the Queen and Prince Philip to the Highland Games at Braemar. At the conclusion of the afternoon's proceedings a slow drive around the arena in the Royal car was par for the course. As Prince Charles and Princess Anne were to occupy the occasional 'swing' seats in the rear of the car, then unusually the Queen took her seat in the car first with Prince Philip, followed by Prince Charles who sat on the nearside occasional seat. Last to enter was Princess Anne and as she prepared to step up into the car so she placed her hand on the front door pillar to steady herself. Unfortunately at that very moment, the chauffeur decided to check his door by opening it a few inches and then pulled it shut with a clunk, straight on to Princess Anne's fingers. There was a sharp intake of breath from those nearby and I felt considerable sympathy for her as I stepped quickly forward to assist. She grimaced but my quiet comment to her of 'say cheese' was not really required as she gritted her teeth and took her place in the car without further ado”. 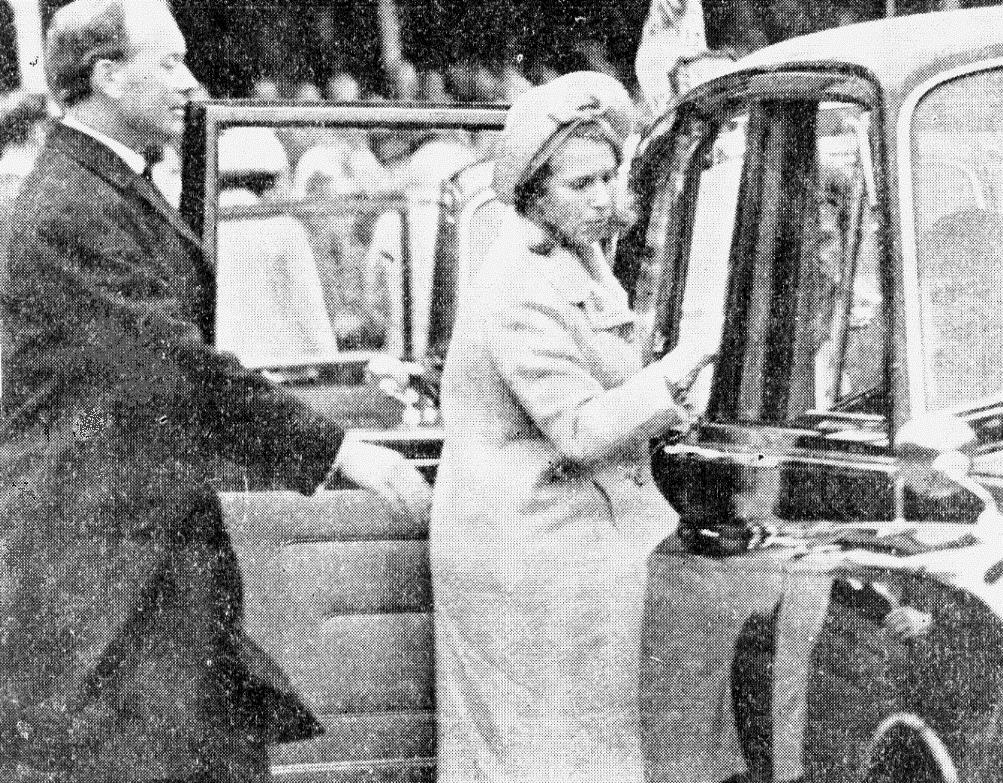 “I did receive the traditional end of tour signed photograph. This was taken at Jaipur Airport as Prince Philip and his entourage posed by the steps of the Queen’s Flight aircraft, prior to departing. I can’t recall whether the Maharaja said anything about fromage, there was some good humoured banter going on, but we all looked suitably happy - a well rested contented looking bunch. The relaxed nature of the departure was in keeping with the atmosphere generated throughout our stay in Princely Jaipur. Even so once the group broke up after the photo session, Royal Flight protocol returned and I walked briskly up the aircraft steps leaving just Prince Philip and the Admiral making their farewells to the Maharaja and the Maharani, some ten yards from the aircraft. It was a matter of regret to me that I could only acknowledge their hospitality by a firm nod and a mouthed 'thank you’ as I made my way up the steps and into the aircraft. They responded as ever - with smiles”.

A humorous incident in 1965 made the papers with the headline ‘Riding on air, then phut! The Queen’s first hovercraft journey ends in a breakdown’ and Kenneth Mayer recalls this in detail: 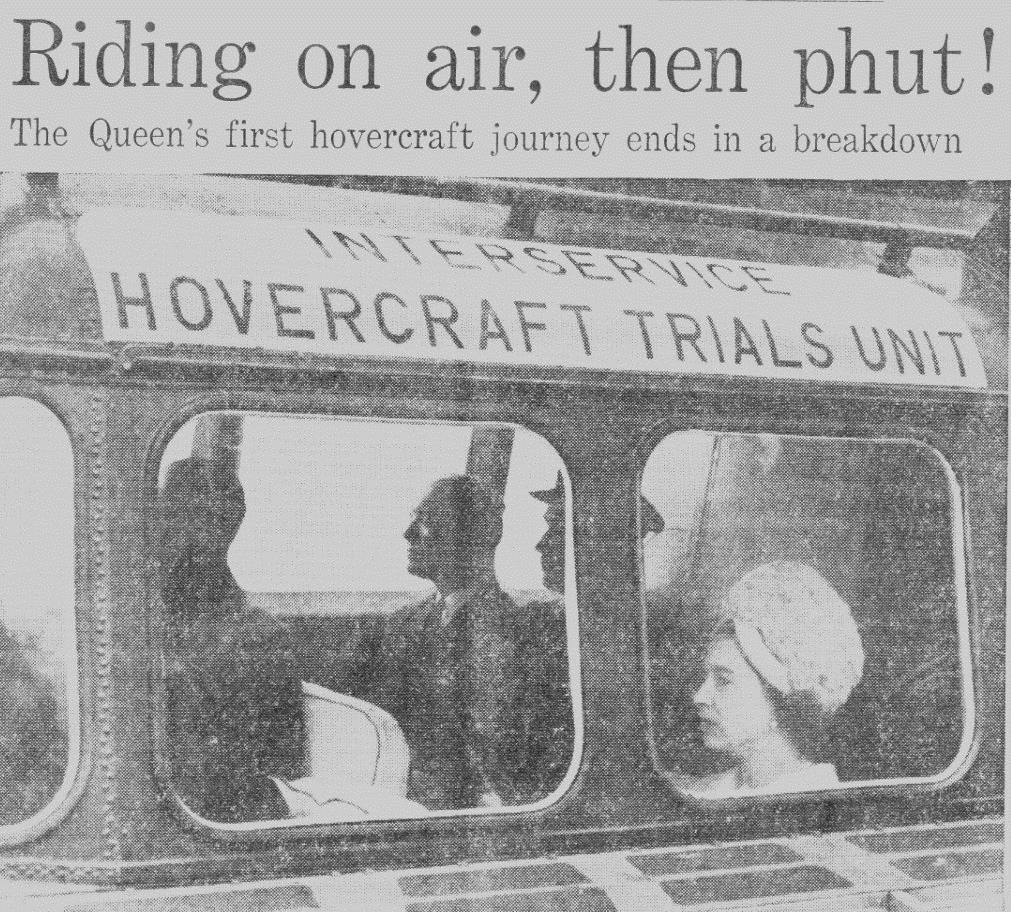 “All the Royal party without exception were looking forward with interest to a planned hovercraft journey which was to whip us swiftly from Yarmouth on the Isle of Wight across the Solent to Thorney island, a distance of about twenty eight miles. It was the first time that the Queen had travelled in such a craft, which on this occasion was provided with great pride by the Interservice Hovercraft Trials Unit. We were within a couple of hundred yards of the Sussex shoreline when the engine eased and suddenly stopped; the once vibrant craft settled down into the water looking for all the world like a broody old moorhen. For a brief moment silence prevailed, with quizzical expressions all round. The Queen raised her eyebrows whilst a brow furrowing Prince Philip started to question the pilot. It did not require too much intelligence to assess that it was not intended that the Queen should sit in a wallowing craft and drift slowly ashore on the tide. Within a rninute or two a moderate sized launch under the command of a pale faced naval lieutenant eased alongside us; with the minimum of fuss we individually crossed over into his craft by way of a specially prepared gangplank, courtesy of the ‘all eventualities covered' planners. It went quite smoothly and the party of seven were shepherded down below into a small cabin”.

We are also extremely privileged to have rare group of documents to Chief Inspector Mayer when accompanying HRH, The Duke of Edinburgh to the funeral of the late John Fitzgerald Kennedy, 24th November – Tuesday 26th November 1963, to include typed loose sheets detailing the timed itinerary for the Prince to attend the full state funeral of JFK in Washington, listing flight details, car occupants and the timings for the Cathedral service along with internment at Arlington National Cemetery. Inspector Mayer features throughout and he was also travelling in the same car as the then Prime Minister, Alex Douglas-Home , together with a full list of the cars carrying heads of state and other world leaders 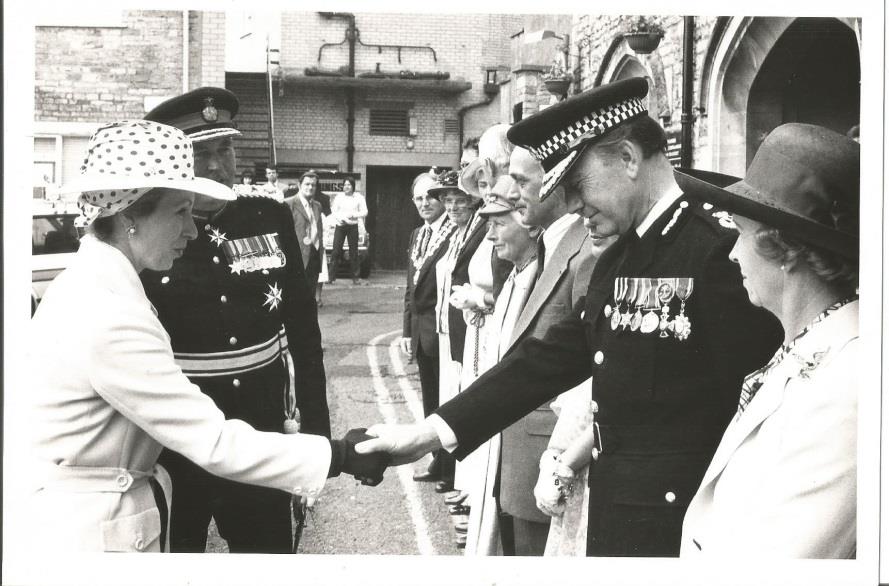 SAR are delighted to be selling these incredible documents, which have such rarity, and Jessica believes they will attract interest from a number of collectors, from Royal enthusiasts, to those who collect militaria and JFK memorabilia.