A 1951 example is going under the hammer!

You may think that E-Bikes are a new thing for the 2000’s, but back in the 1950’s a British company was using post war engineering to power over a hundred thousand bicycles. Using a two stroke 25.7cc engine, fitted to the back wheel the Cyclemaster could produce twenty miles per hour with a capacity of three hundred miles per gallon.

At Stamford Auction Rooms this Saturday, one of the original and early models is due to come under the hammer.  Fitted to a vintage bicycle it has a black engine cover and red MC insignia above ‘Made In England’, this dates back to 1951, and the first model made for the British market.

These back wheels were an innovative idea at the time, easy to fit to a standard bicycle with the motor contained, they sold in their thousands, and exhibited at the Earls Court Cycle and Motor Show in 1951, 1952 and 1953.  But the innovation was short lived, with new legislation from the Government in 1955 a 25% purchase tax was added to all motorised cycle wheels and with the advent of the increasingly fashionable Moped, sales slumped and in January 1958 Cyclemaster went into voluntary liquidation.  Making these rare and desirable collector’s pieces. 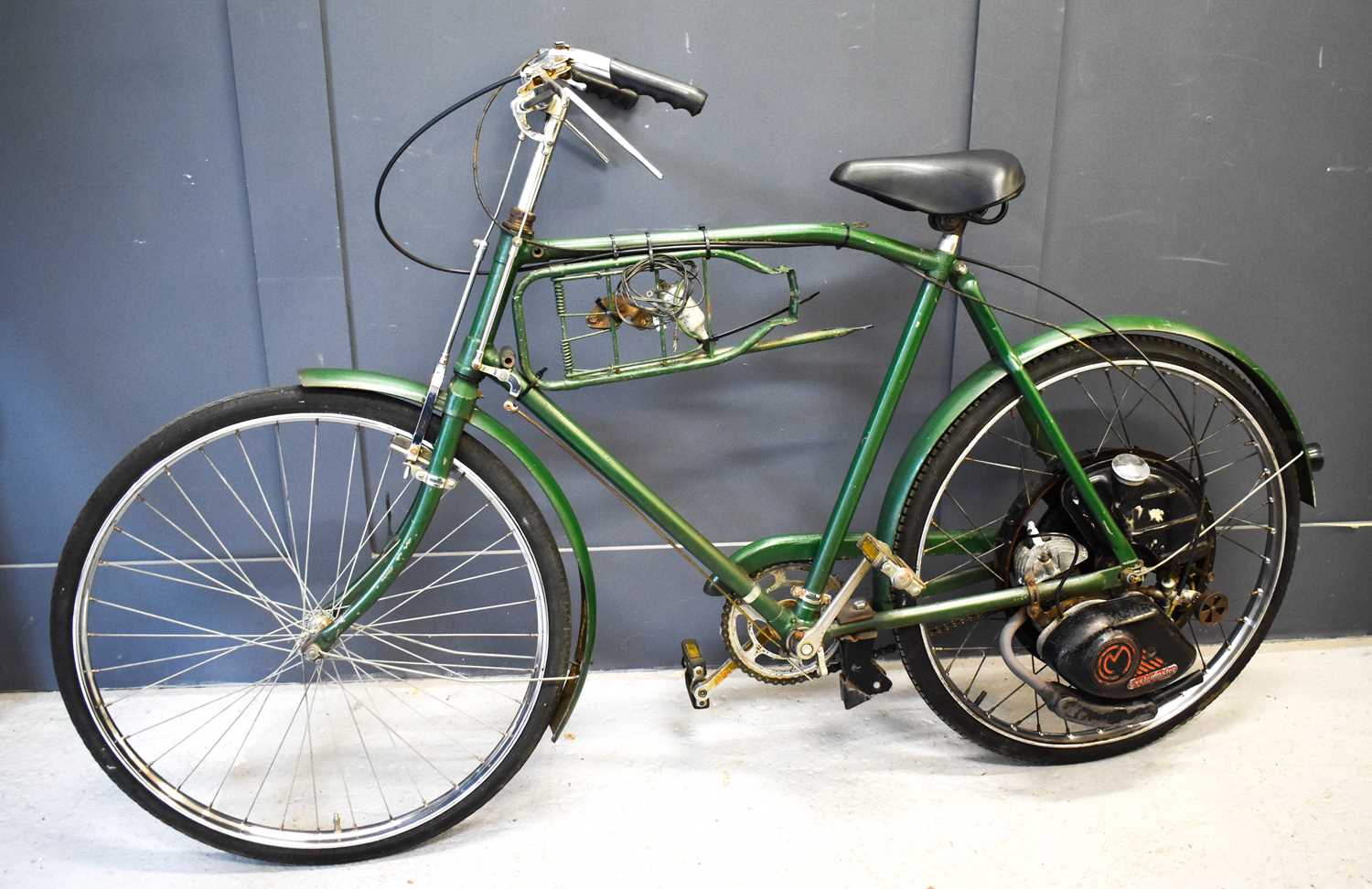 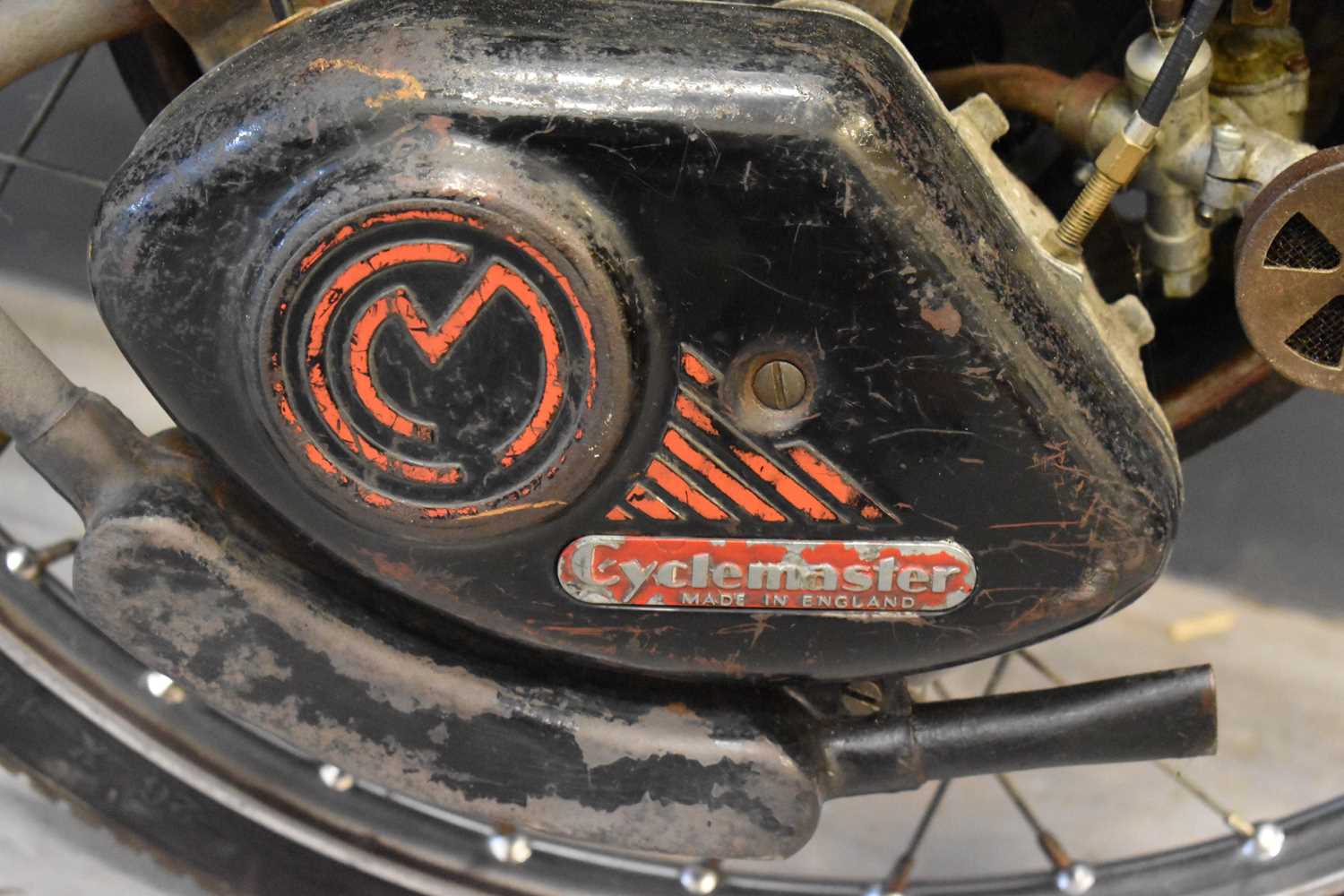