As always, when auction day comes around there is a great deal of excitement in the air, as well as a hint of trepidation into the unknown, because as anyone who has experienced auctions before will know, it can be a rollercoaster ride! Our auction on the 29th August did not disappoint, seeing lots of surpsising hammer prices, but none has ever beaten the house record acheived when lot 392 came along....

Bidding was strong with multiple bidders, starting around the low thousands, until just two remained as the bidding headed towards a huge £140,000...  but it did not stop there!! An Italian telephone bidder and an internet bidder, then battled it out to £320,000.

For an estimate of £500-800, this was a huge surprise, however Jessica knows all too well that Chinese porcelain is a collecting field which often has some magic touches, having worked in some of the top auction houses in the UK such as Bonham's in London

Jessica hit the headlines, featuring on the BBC news, many magazine and newspaper publications, but of course our feature on the front page of the Antiques Trade Gazette, with a great write up by Roland Arkell was the icing on the cake post auction: 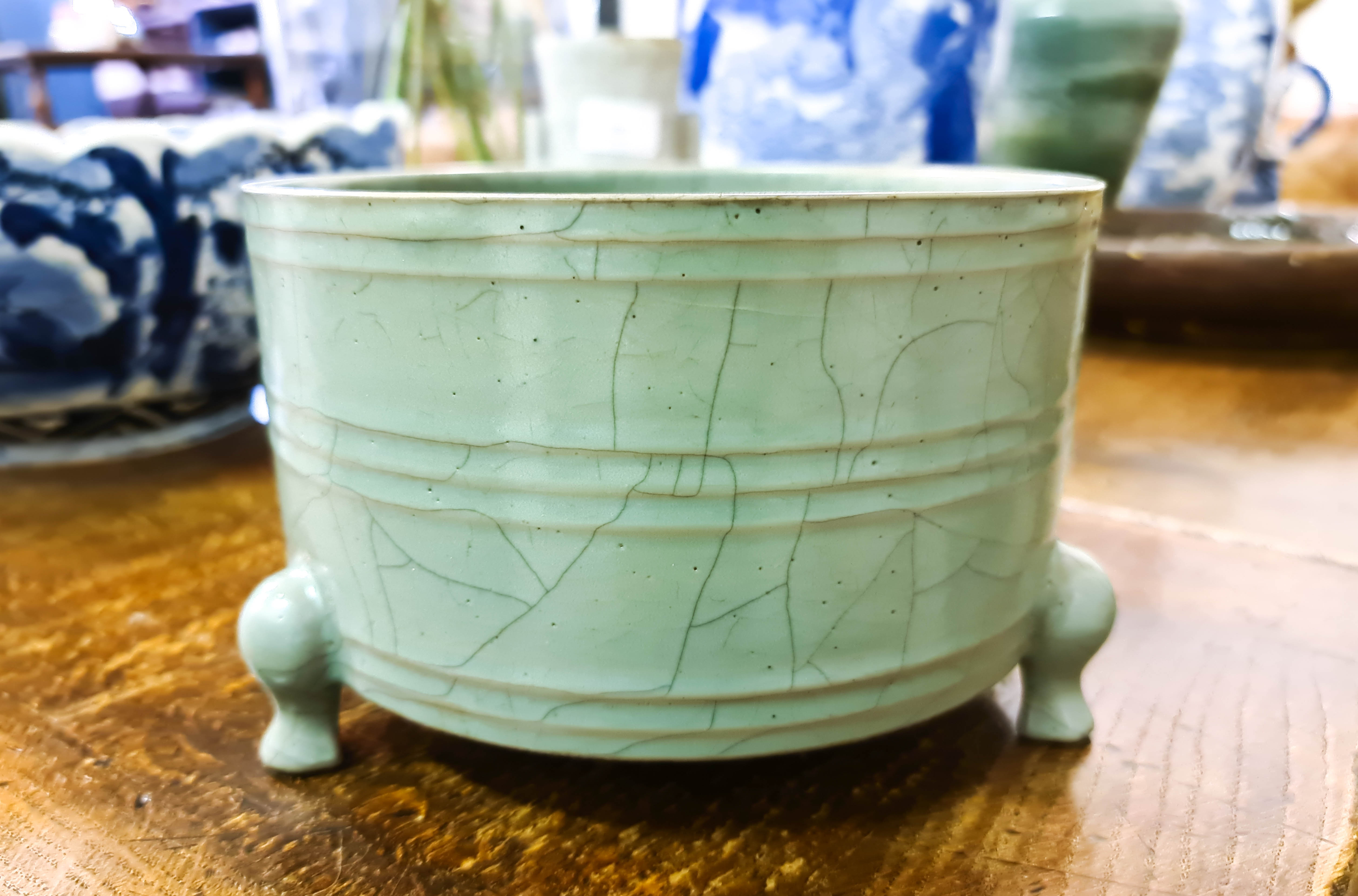 'The London buyer will be hoping the thinly potted vessel, standing just 5in (12cm) high with a crackled grey-blue-green glaze, is a hitherto undocumented piece of 12th century Ru ware.

Ru wares, their crazed surface decoration created by cooling in the kiln, are the most famous of the ‘Five Great Wares’ of the Song period (Guan, Ge, Ding, Jun and Ru).

Produced for the imperial court for a brief period, production was effectively ended when the kilns in Henan were occupied by the invaders who overthrew the Northern Song (960-1127) in the 1120s. They are some of the most frequently copied of all early Chinese ceramics, with imitations made soon afterwards at the Southern Song (1127-1279) kilns producing Longquan celadon and other wares.

Fewer than 100 pieces of Northern Song Ru survive (the Qianlong emperor, who owned perhaps half of the surviving examples, described them in a poem “as rare as the stars at dawn”) with only a handful in private hands.

Most have a distinctive pale duck-egg blue glaze, though the colours on surviving examples vary and reach into a celadon green. The glaze, applied in several layers, covers the entire surface (‘all-over’ glazing seems to have been invented at the Ru kilns) with stilt marks typically visible to the base. In October 2017, a Ru guanyao brush-washer dish, 5in (13 cm) across, set a record auction price for Chinese ceramics at Sotheby’s Hong Kong, fetching HK$260m (£24.9m).

Stamford Auction Rooms owner Jessica Wall told ATG the Lincolnshire censer had come for sale on August 28 from a local deceased estate that included a number of Chinese works of art. It had prompted a lot of interest prior to sale with the auction house producing a video of the piece and multiple photos that were sent to prospective bidders. A condition report said it was in essentially good order, and free from cracks and chips.

Influenced by the antiquarian taste of the day, the vessel is modelled with a cylindrical body, cabriole legs and raised ‘bow-string’ line decoration after bronze or lacquer food containers called lian, made in the Warring States and Han dynasty period (475BC-220AD). The glaze conjures up the appearance of archaic jades.

A very similar censer of around this size is in the Cincinnati Art Museum collection while a larger example, around 10in (25cm) across, forms part of the Percival David collection in the British Museum. It awaits to be seen if this piece will be treated with the same reverence.

Three bidders, one on the internet, a phone from Italy and the London buyer who had made the journey to the Meadow View Industrial Estate to view in person, provided the lion’s share of the competition. The hammer price of £320,000 (over £385,000 including the 20% buyer’s premium) was many times the previous house record for the seven-year-old Lincolnshire firm: a 7.5ct diamond solitaire £78,000 ring in 2019' [Roland Arkell, 6 Sept 2021]

If you have something similar to sell, why not contact the team to see what we can do for you!