There was great excitement at Stamford Auction Rooms earlier today as an erstwhile wastepaper basket was sold for £10,000. These four stunning early 19th century brass heraldic plaques, each written in French with hand painted decoration and dated 6th July 1821 had been fixed together to form a box which had been used for a wastepaper basket or planter, fortunately with no ill effect to the plaques. 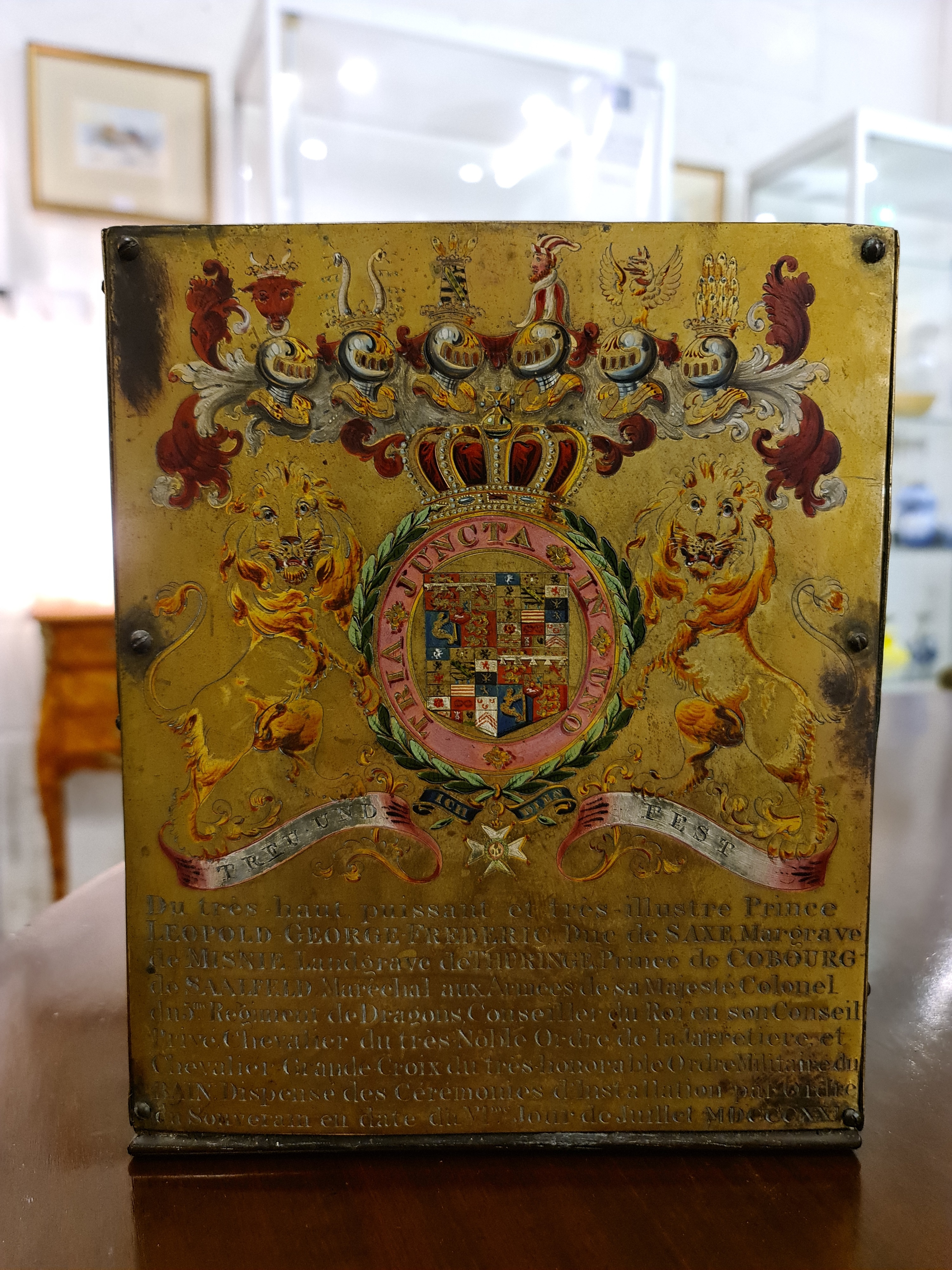 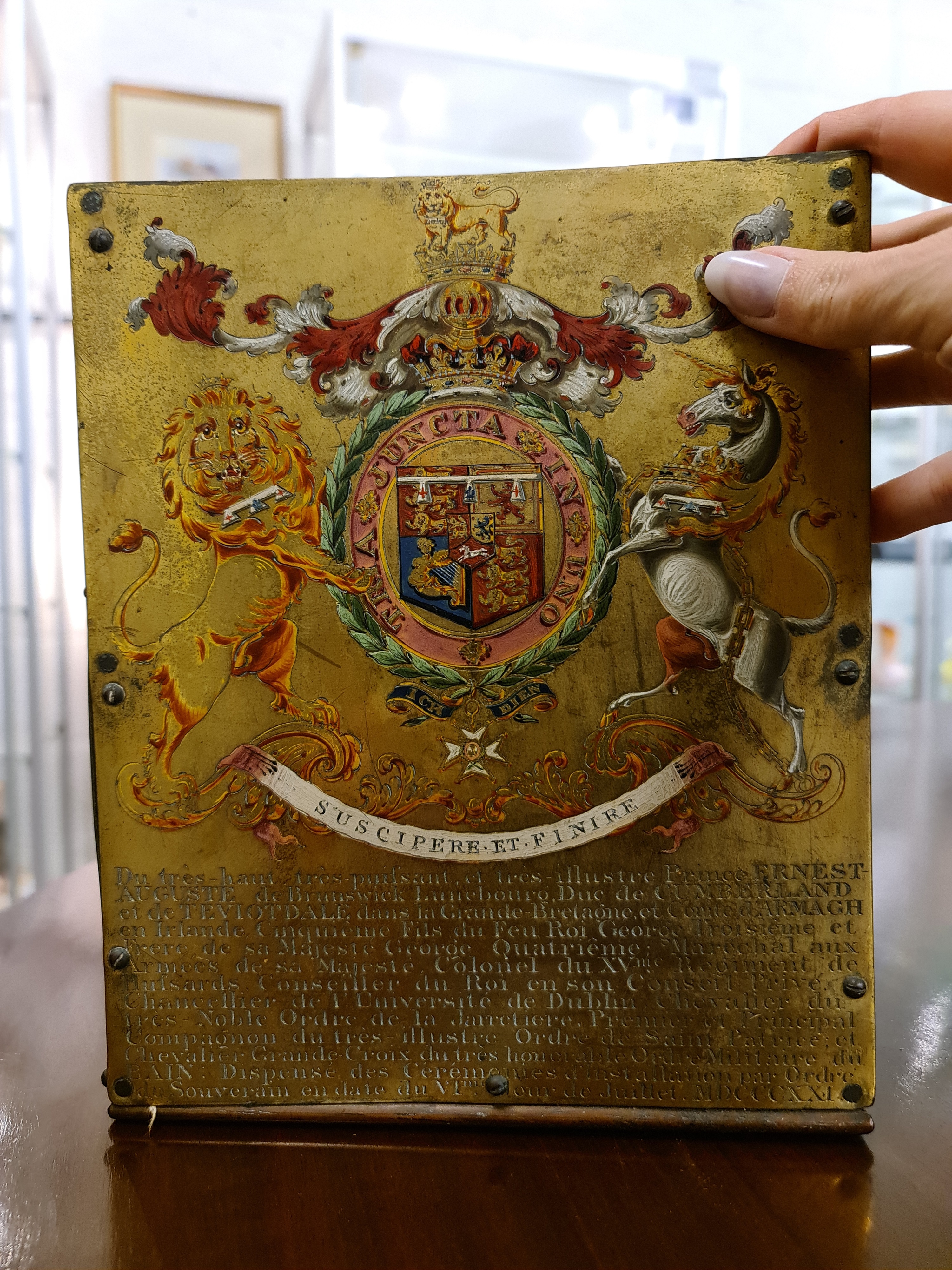 Whilst sorting through a local deceased estate, Jessica Wall, Stamford Auction Rooms eagle eyed founder, director and auctioneer spotted it in the home of a local family and knew immediately that she had found treasure for her client.

A detailed catalogue description and an estimate of £500-£800 ensured that the plaques garnered plenty of interest with condition report requests, viewings, and telephone bids booked in prior to the auction.  However, nothing had prepared the newest addition to the team Sophie Chapman, Senior Valuer and Auctioneer for what happened when she took the rostrum just a few bids before.

With an immediate autobid on the-saleroom platform of over £1,000 the bidding took off, barely giving the patient telephone bidder the chance to come in, as it slowed down above the £5,000 mark and with the other internet platforms seeming to be going quiet they finally got their chance to bid.  A few minutes later the bidding between the telephone and the internet had got to £9,500 on the-saleroom, the telephone took it to £10,000, and after moments to let the underbidder have a chance to bid again the hammer came down, ‘Sold £10,000 to the telephone’.

Not bad for a wastepaper basket stuck in the back of a cupboard, it just shows, you never know what you may have lurking in the attic, an outhouse, under the bed or in the wardrobe.